How a Frameless Shower Improves a Bathroom

The bathroom is no longer treated as a utility room like the laundry is. Instead, it's associated with luxury and escape. Thus, whether your remodelling the entire bathroom or only installing a new shower, consider frameless shower screens. They'll improve your bathroom in various ways as explained below.

A frameless glass shower makes a relatively neutral statement, accommodating diverse bathroom styles, including traditional and rustic. The screens remain in the background and allow other bathroom elements to shine. For a classic look, you could install travertine tiles and an ornate mirror. However, you could also style a zen bathroom around the same shower and install a vanity basin on top of a minimalist slab of wood. Because frameless screens are neutral in this way, you can even redesign the bathroom in the future and retain the same shower. Additionally, if you sell your house, no one will be offended by a minimal shower in a way they might be with more colourful or textured elements.

As the shower water splashes the screens and drips down the glass along with our soap scum, it can settle along crevices formed by framing and hardware and grow mould. Shower curtains also capture moisture and harbour mildew and debris. However, frameless screens present a smooth area that you can wipe down with a squeegee or microfiber cloth. They only require hinges and brackets for support, which only offer a small area that collects debris.

A frameless shower that uses transparent glass is almost invisible. Thus, you can see through the screens to the walls and floors behind the shower. This extended viewpoint evokes an impression of space and makes the bathroom seem larger, as no area is hidden from view. Conversely, if you place fully-framed showers or a shower curtain, they visually separate the shower area so the room will feel smaller. Thus, you can use a frameless shower to open up a small or compact bathroom. Additionally, shiny glass reflects light around the room which will also make it feel airier and lighter.

You may arrange coloured natural stones on the wall and the floor of your shower in colours like grey, pink, and ivory. However, bulky shower screens and curtains will block the design with rigid metal edging and fabric, detracting from the bathroom decor. Conversely, frameless screens allow tiling to reveal its beauty without interruption. 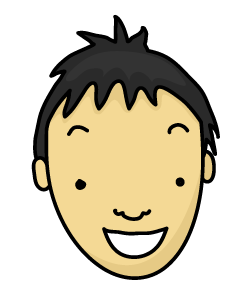 Yo! My name is Bob and this blog details all the advice I can give you about installing and maintaining doors. Until last year, I didn't know a thing about this subject. However, all of that changed when I decided to renovate my home. I contacted a team of professional contractors who specialised in different areas such as roofing, construction, flooring and doors. I spent a lot of time working with the door contractors to make sure that I selected the correct style and size of doors and that they were properly installed. I hope this blog helps you to do the same.